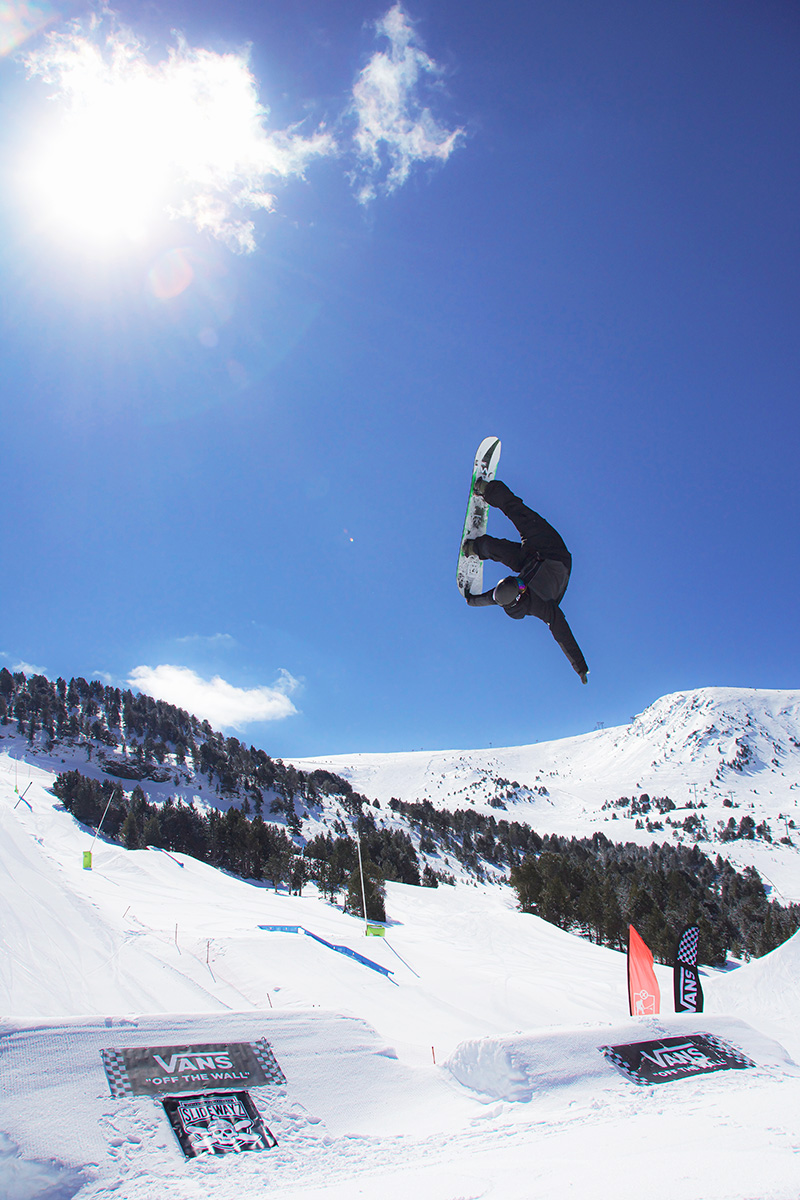 The Vans Style Masters was held on Sunday, April 3, at the El Tarter Snowpark,  an event that brought together some of the scene’s best riders to enjoy the kicker shaped for the occasion by the shapers of Coliflor Freestyle, on a sunny day and in perfect snow conditions. 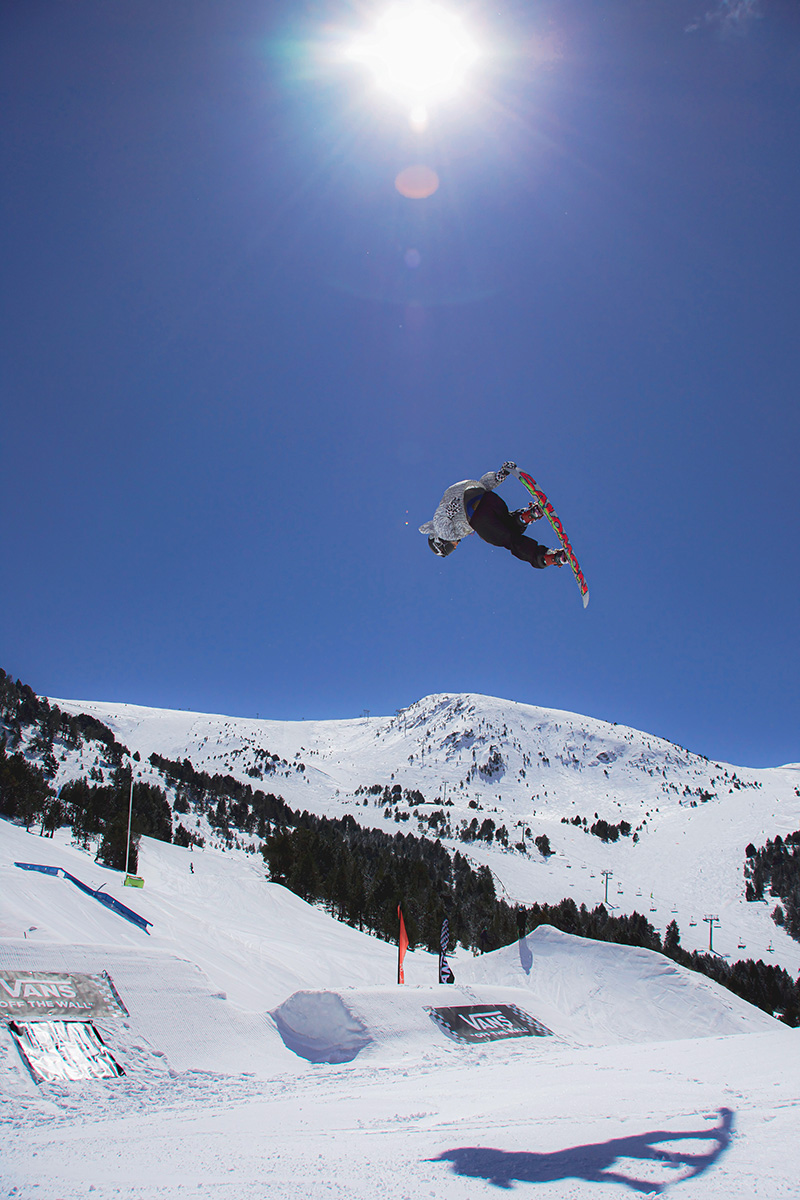 With a fresh image and all the support of Vans, the Style Masters managed to bring together several generations of riders to enjoy and get together after a hard year of pandemic and few events, with the aim of doing simple but well done tricks, executed with air and amplitude.

On the microphone was, Soren Manzoni, a Tarter Park classic who has shown his wide solvency in all kinds of shows. The event required fluidity, and this is exactly what the participating riders showed, with consecutive rounds and few stops, except for a reshape of the kicker by the organization 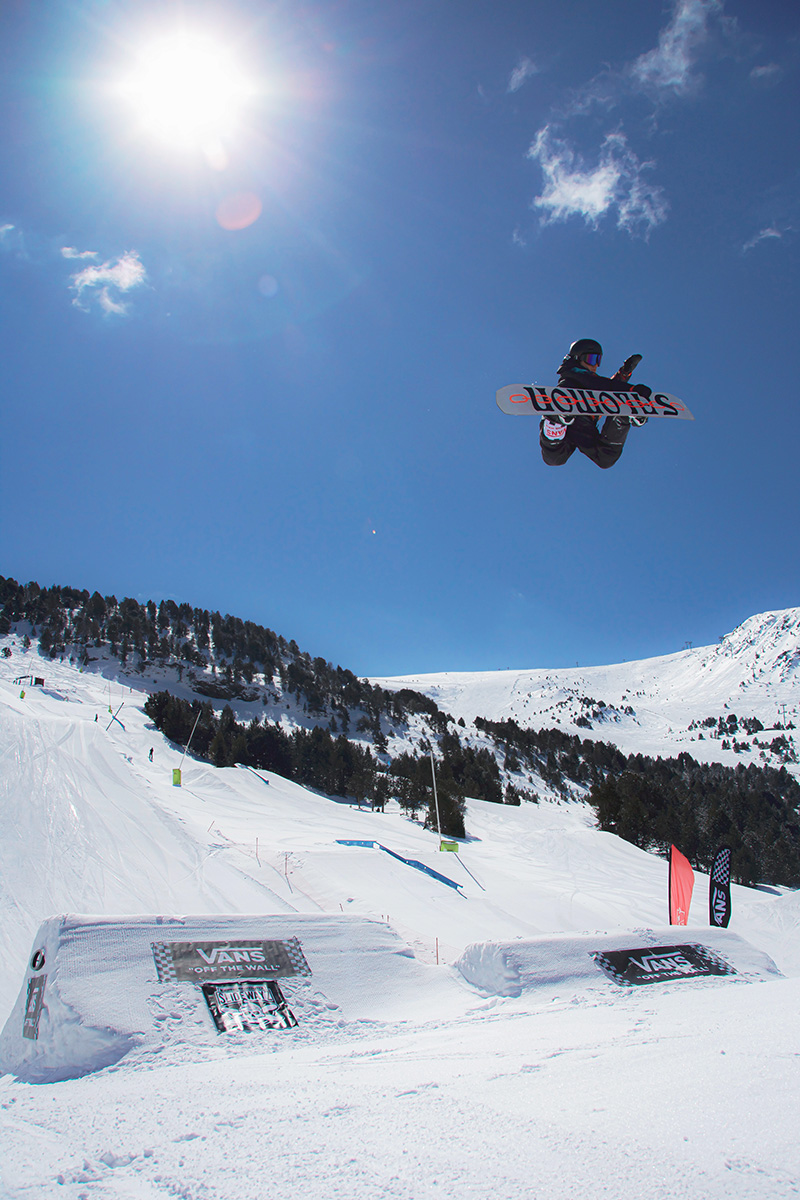 The more than 50 participating riders did not disappoint and handed powerful and simple tricks but with a lot of amplitude, although technical tricks were also seen which made the audience enjoy. 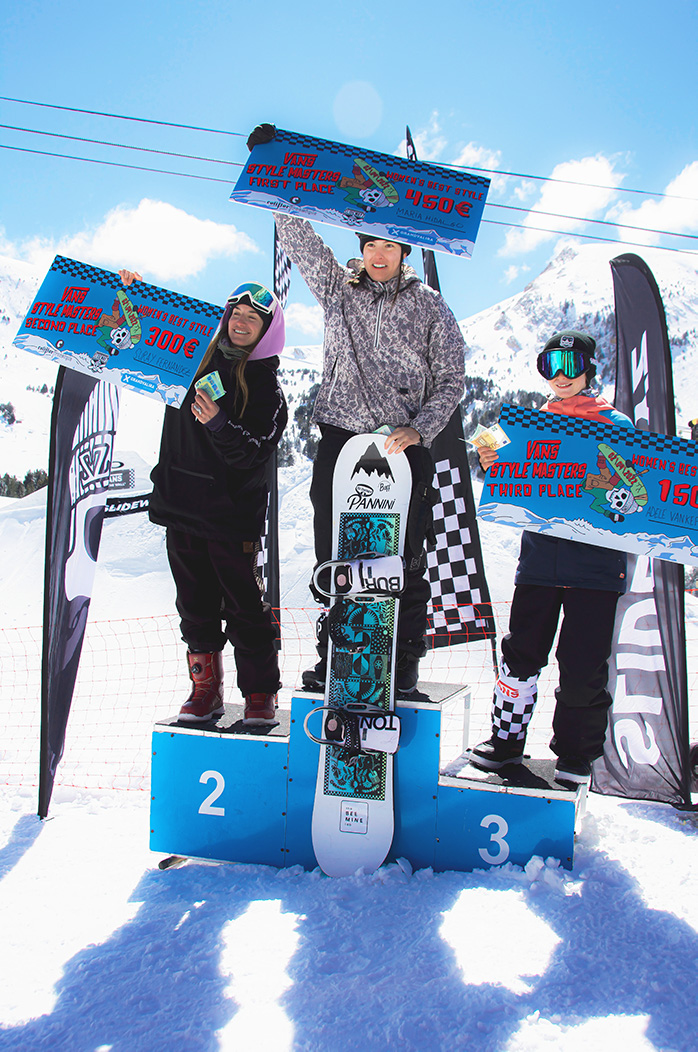 In girls, Maria Hidalgo took the victory, who proved to be the fittest female on the peninsular scene, with a repertoire of backsides from 3 to 7, among others, with style and amplitude. In second place was Suray Fernandez, from the Slidewayz team, who with a cab3, among other tricks, made his kicker quality clear. The third female position was for Adele Vankerschaver, a 9-year-old rider from the Slidewayz team who conquered the podium with tricks like a very good cab 180, taking 150 euros in cash. 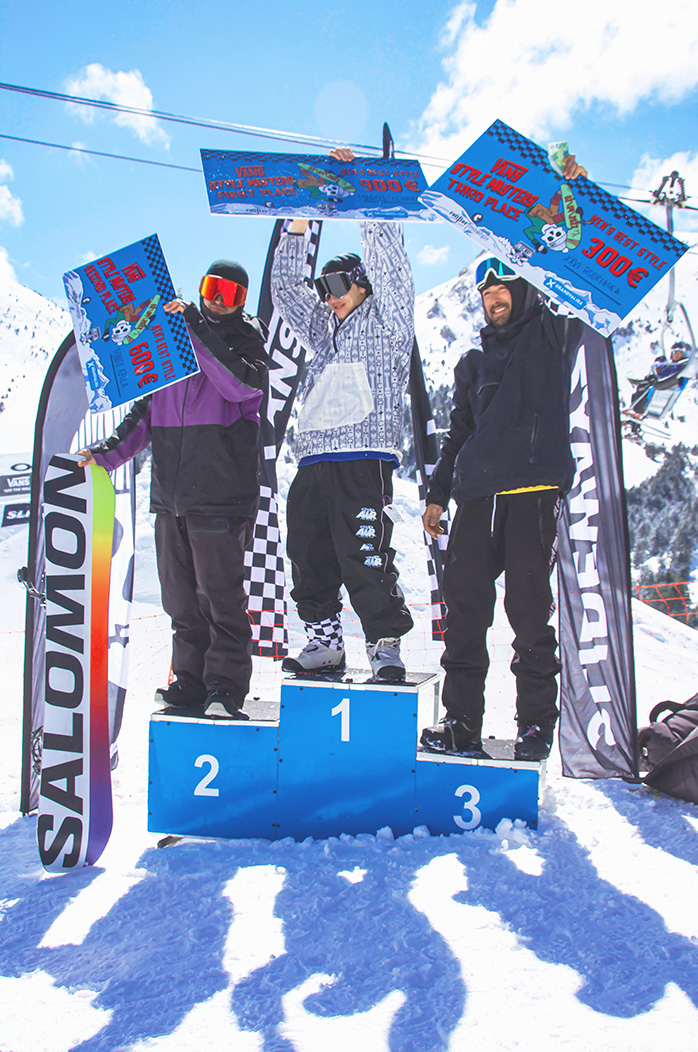 In boys, the victory went to Marcel LLovera, from the Vans team, who won the prize for the best style of the competition and 900 euros in prize money with tricks like a FR 7 tailgrab, backflips and all his repertoire of tricks.

In second place would be the local rider shaper of the park, Manex Azula, who took second prize for best style with tricks like a cab double underflip as well as spins with a lot of pop. The 300 euros from the third position were taken by Xavi Rodríguez, also from the Slidewayz team with tricks like a toes FR900 among others. Prizes were also given for the best trick, which in the women’s category was won by Maria Hidalgo and in the men’s category Tyler Chorlton, with a Front flip Japan. The award for Most Off The Wall went to Kealan Venning with a 3 stalefish method. 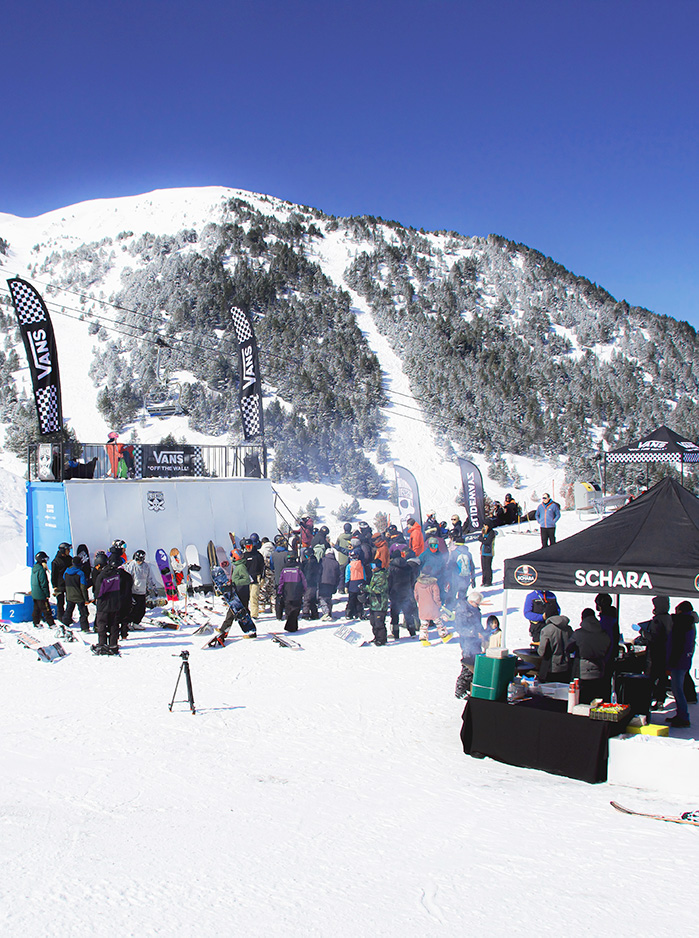 All in all, a great day of competition that brought together many riders already on Saturday night at the party at the Nemo, with a concert by Old School Andorra and Dj Soren on the plates in what was the prelude to the event. Of note is the barbecue offered by Vans -with waffles included- which filled the hungry bellies of riders, organization and the public. 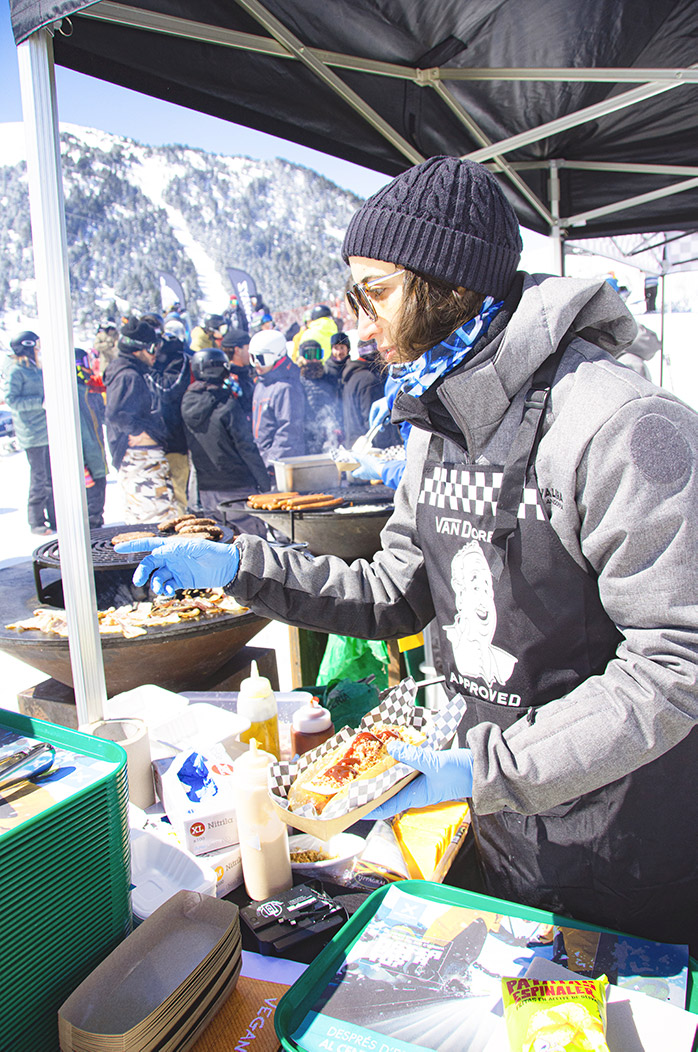